He was so tiny and it was scary seeing so many tubes, wires and monitors on him. I couldn’t see him for 24 hours after he  was born and a whole day aftet that before I held him for the first time.

He is now 10 weeks old. He weighs 9 pounds 5 ounces, and is 21 inches long. He is in the 1st percentile in both weight and height for baby boys his age… so he is still extremely small. He looks like a 2 week old instead of a 2 1/2 month old.
BUT. He is so alert and meeting his milestones on time so far. He is growing well from where he started, according to his pediatrician.

My whole pregnancy was very difficult, as was the birth.

We don’t know why he is so small.  He had problems at birth that landed him immediately into the NICU. He did have an unknown true knot in the umbilical cord that could have been life-threatening if i hadnt needed a csection for other reasons. I freak out every time I think of how it could have gone down… I can’t imagine leaving that hospital without my precious little man.

Those were the longest and most difficult days in the NICU. My poor boy went through so much in the first days of his little life.

We are in a good place now. Baby EC seems to be healthy, although it will be some time before we are certain that there are no lasting effects of him breathing in fluid at birth and the lack of oxygen to his brain.

We will be going to a geneticist in a few months to test him for the connective tissue disorder I have. EC has a 50% chance of having Ehlers-Danlos Syndrome. I pray that he doesn’t have that, or Chiari Malformation,  the condition I have had 2 brain surgeries for. Both are genetic.

Despite the difficulties and stressful times we’ve been through in the past year, life with baby EC couldn’t be more perfect. He is absolutely amazing and stole my heart from the second I met him. 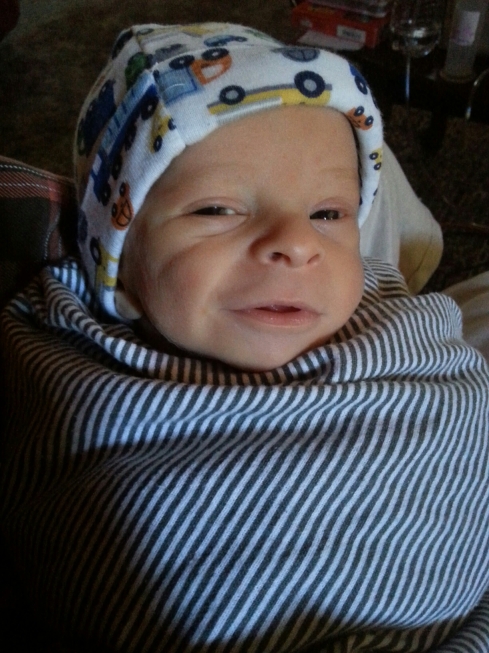 I am a mother and a kitty cat lover. I'm a little girlie and a lot geeky. I would do anything in the world for my children. I've been described with many words, ranging from compassionate to mysterious. I suppose I am a complex person, an old soul from my birth. There is a depth to me that no one has ever come close to experiencing, and probably never will. I wanted so much to become a nurse. I've always wanted to help others. Unfortunately, my life took a very different path. I have a lot of health issues which have left me disabled. That won't stop me from helping other people whenever and however possible. Please, please follow me. You won't be disappointed, I promise! END_OF_DOCUMENT_TOKEN_TO_BE_REPLACED
This entry was posted on Tuesday, December 1st, 2015 at 9:49 pm and tagged with addercatter, baby EC, c-section, cesarean section, chiari malformation, EDS, ehlers danlos syndrome, intrauterine growth restriction, IUGR, motherhood, new mom, newborn, NICU, preemie, pregnancy, SGA, umbilical cord knot and posted in Uncategorized. You can follow any responses to this entry through the RSS 2.0 feed.
« 12 Weeks!!! <3
3am and I’m Wide Awake… »